Today’s post is a simple tutorial for a Santa Claus DIY – out of paper cups. 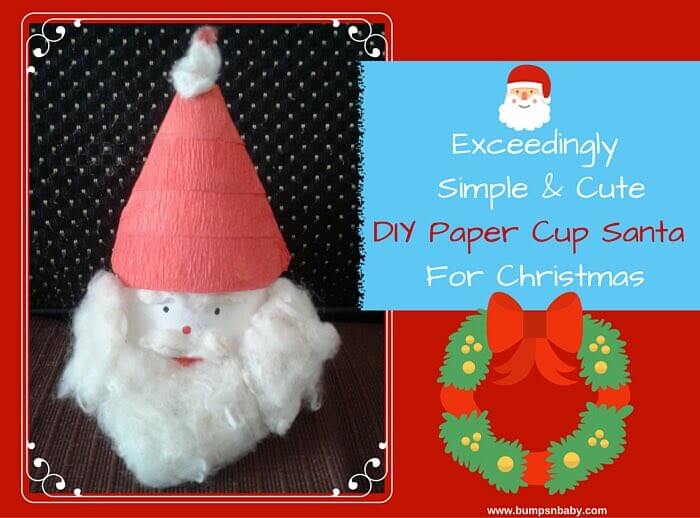 By this time all the mommies might have told the story of Santa to their kids and kids must be eagerly waiting for arrival of Santa. Many of the kids wait long for Santa and fall asleep only waiting. It is only next day morning they see the gift presented to them by Santa Claus (read as by their loving parents).

Must Read: Introduce Santa Claus To Your Child Today in These 12 Ways

Mommies know that Santa Claus story what we say to our kids is not true. But not all of us know the story of the historical man who later became all kids’ favorite Santa. Let’s know the history of Santa in brief before we proceed to make the paper cup Santa.

Who is Santa Claus?

The history of Santa Claus can be traced back to the 3rd century. True Santa story is connected to St. Nicholas who was born in around 280 A.D.  There are many stories about him (and neither is confirmed true), which describes his love and kindness for the needy and poor.

The most popular story among all is that he saved three young girls from being sold by their father. If the story is to be believed, he also gave away all his wealth to the poor and sick people.

Santa Claus name was given to him after his Dutch name Saint Nicholas. He gained popularity as a kindhearted man and protector of children.

But today we all know Santa Claus as a jolly man in white beard wearing red. Though not true, kids always love to believe that Santa visits our home a day before Christmas.

How interesting it would be for the kids if they could do a DIY Santa Claus that too with easily available materials. Follow the steps below to help your kids make a cute homemade Santa Claus.

Keep the paper cup upside down. Take cotton and cut the piece in heart shape. Paste it over the bottom side of the cup which is going to be Santa’s beard. 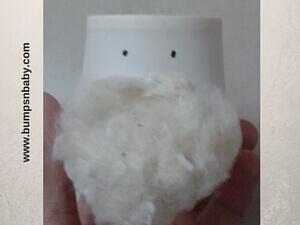 Make Santa’s eye brows using cotton and paste it above the eyes. Use red sketch pen to draw Santa’s lips and nose. 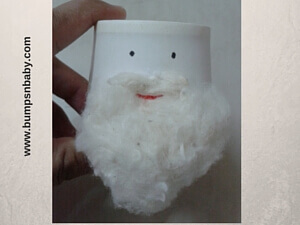 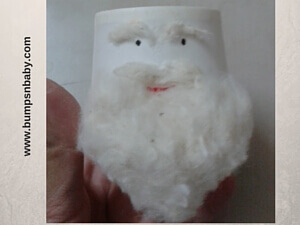 To make Santa’s hat, take a round shaped paper and make a cone from it as shown. 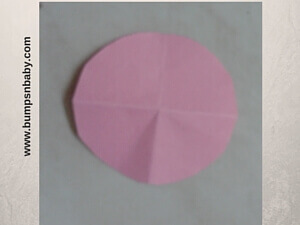 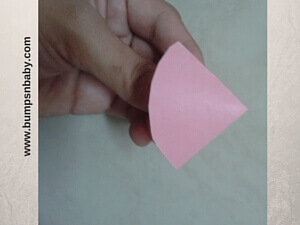 Stick red paper on the cone shaped hat. Skip this step if you have already taken red paper directly to make a hat.

Make a small cotton ball and stick it to the tip of the cone. Now, fit the cap over Santa’s head by using glue at the inner side of the cone. 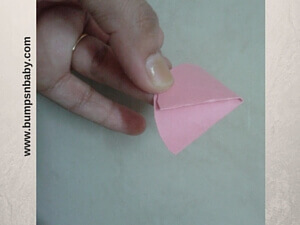 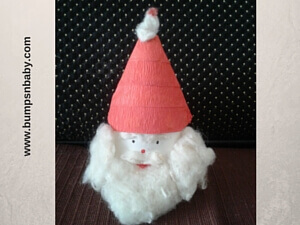 To give the final touch, take two same sized cotton balls to make the remaining beard of Santa. Stick these two cotton balls to the either sides of the heart shaped beard. Then, color the small cotton ball with red over the hat.

Get even more Creative

A cute paper cup Santa is ready. You can even fill it with a surprise gift for your kid. Ask your kid to open the hat on the Christmas day and fill his day with joy.

Have fun with your kids this Christmas with this easy paper Santa Claus DIY activity.

Don’t forget to share your craft ideas for making Santas.