You are at:Home»Pregnancy»Getting Pregnant»25 Pregnancy Symptoms Before Missed Period

The journey from a mother-to-be to a mother is beautiful and incredible. In this post, we shall discuss about early pregnancy symptoms before missed period and how far these symptoms get unnoticed. 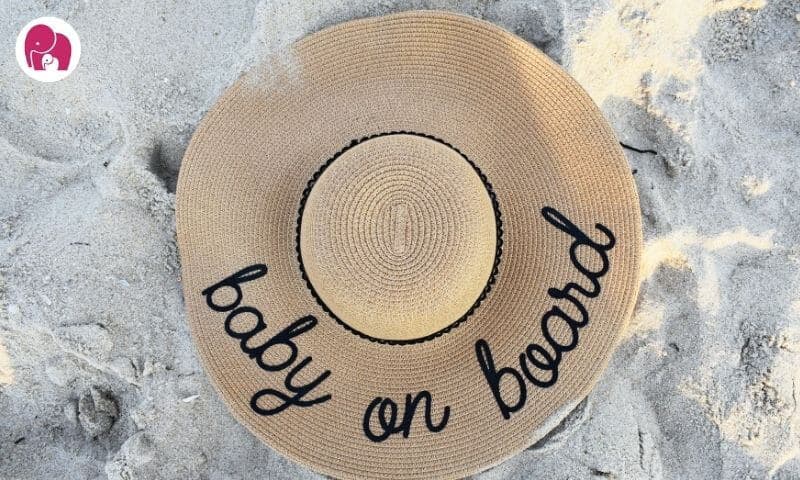 When do pregnancy symptoms start?

Usually, symptoms of pregnancy appear during the first week of conception. But many fail to notice it as for most mothers; a missed period is an early sign of pregnancy.

The early signs of pregnancy can be noticed before a missed period too. One can take a pregnancy test but if it is taken early the answer may not be entirely true. A missed period can be caused by other conditions aside from pregnancy, so it is not always a definite sign.

It has also been observed that pregnancy can result without the woman experiencing some of these symptoms.

25 Pregnancy symptoms before missed period that might go unnoticed:

Pregnancy symptoms are different for every woman. Here are some of the most common early pregnancy signs to look out for before a missed menstrual cycle.

A light bleeding or brown spots is called implantation bleeding. It tends to happen in the early weeks of pregnancy.

I had the spotting lighter than normal periods which occurred during 1 or 2 weeks following conception.

Do ensure that the spotting is not a cause for concern by keeping a check and consulting your gynecologist if unsure.

Sore breast is a concern that is noticed in the early stages of pregnancy.

You may notice that your breasts begin to look bigger and may become sensitive or sore. They may feel heavier than usual too. It may feel just like how it does before a period, but it could be that you are expecting.

The areola is the area surrounding the nipple. The color of the areolae varies from person to person. But the areolae tend to get darker during pregnancy. The change in hormones is what causes the change in color.

A woman may suddenly feel extremely tired after doing small chores. This may start as early as the second week after conceiving. You may feel sleepy all the time, but that is just the body getting ready for the big change

Most of the women continue to experience this during the first trimester.

This symptom is also known as nausea or vomiting associated with pregnancy, is a common symptom.

Morning sickness indicates sudden nausea, vomiting, or weakness you feel as soon as you wake up in the morning.

Food cravings are due to pregnancy hormones.

Many women experience food cravings. Some experience a kind of vomiting sensation due to the smell of some foods. During my pregnancy period, I had a lot of cravings for aloo-palak (Potato and spinach Indian dish) and spicy foods.

When it comes to pregnancy symptoms, food cravings are often talked about. But did you know that some women experience a kind of vomiting sensation due to smell of some foods?

The aversion could be to food items that they didn’t have an issue with earlier. For instance, some women feel nauseated by the smell of food tempering.

#8. Weird metallic taste in the mouth

Some women notice a metallic taste when they are pregnant. Once again blame it on the hormones going crazy. If you have it and are wondering if it is here to stay, the answer is yes/ no. In some cases, it disappears after the first trimester but in some cases, it sticks throughout the pregnancy.

Between nausea, aversions, and whatnot, it is no surprise that some moms-to-be lose their appetite.

So have you noticed a sudden dip in appetite?

If you need to pee(urinate)more than often, it could be because of a hormonal change, which occurs during pregnancy. It can be considered a symptom of pregnancy.

Abdominal bloating can also indicate pregnancy. Your clothes might feel tighter around the waist. If you experience a lot of bloating during periods, then this symptom may go unnoticed.

During pregnancy, the body of a woman produces hormones called progesterone. It slows down the bowel movement resulting in constipation during pregnancy.

This is one of the very common pregnancy symptoms and can start from the first trimester itself. Mood swings are due to hormonal changes during pregnancy.

Simply put, ptyalism is an excess of saliva that can lead to drooling. Ptyalism Gravidarum is what the condition is called when it occurs during pregnancy. This, like morning sickness, should disappear after the first trimester. It is linked to morning sickness and nausea and is nothing to be worried about.

If you have seen movies, a scene that shows a newly married fainting will be followed by a scene where sweets are distributed. Jokes apart, why does pregnancy cause dizziness? And is it something to worry about?

The dizziness is brought on by reduced blood pressure, which is caused by a dilation of blood vessels.

Pimple or acne is a result of increased hormones in the body of pregnant women. I had severe pimple problems and I was advised by doctors not to prick it.

High temperature or fever is also a sign that needs to be confirmed.

During the initial days of pregnancy, the whole body readjusts to accept a new life into its system. It could result in a fever as the immune system takes time to adjust itself.

#18. Excessive discharge from the vagina

Keep an eye out for any change in the vaginal secretions. An increase could hint at pregnancy. But if there is a change in color or smell, then let a doctor know.

Some moms complain of shortness of breath. If you are noticing this symptom despite not having undergone any change of weight and are completely healthy, you should be considering getting a pregnancy test done.

#20. A heightened sense of smell

If you noticing a sudden increase in your ability to ‘sniff’ out even the faintest of smells, you could be pregnant.

During pregnancy, the volume of blood increases and so does the blood flow. That means the blood flow to the skin increases too, making you feel flushed and warm. Ask yourself this, are you feeling a need to crank up the AC even when others aren’t. It could be a sign.

Again, blame it on the hormones. If you keep getting headaches and have the symptoms mentioned on this list, it would be wise to get a pregnancy test done.

To be able to accommodate a tiny human inside you, your body needs to make space. This is done by the loosening of the ligaments. Don’t worry, the hormones will do it for you. But that can also cause a bit of a backache.

As I mentioned before, the changes in hormones can cause impact the digestive system. So apart from nausea, constipation, you can feel gassy too.

It might feel that you are going to get your periods, but then it won’t show up. The cramps could also be the uterus getting prepared to accommodate the fetus.

Early signs of pregnancy before menstrual cycle from my experience:

Two years ago in my case, being in the Middle East away from parents and relatives I was unaware of these early pregnancy symptoms before missed period.

I felt tired, had a severe headache and mild spotting which I mistook as the start of my menstrual cycle. But then I missed my periods.

Within a week of a missed period, I took a home pregnancy test and was sure enough that I was pregnant. A blood test was taken afterward to confirm my pregnancy.

How did you know about your pregnancy? Did you notice any of these pregnancy symptoms before missed periods?  Please share with me in the comments.