You are at:Home»Pregnancy»Getting Pregnant»Planning for Motherhood – Here’s Why Ovulation Strip can be Your Best Friend!

Did you know about the best days in a month to get pregnant?

Have you been trying to get pregnant for a stretch of months but haven’t yet missed the period?

So what is the drill about right days OR fertile days of the month? 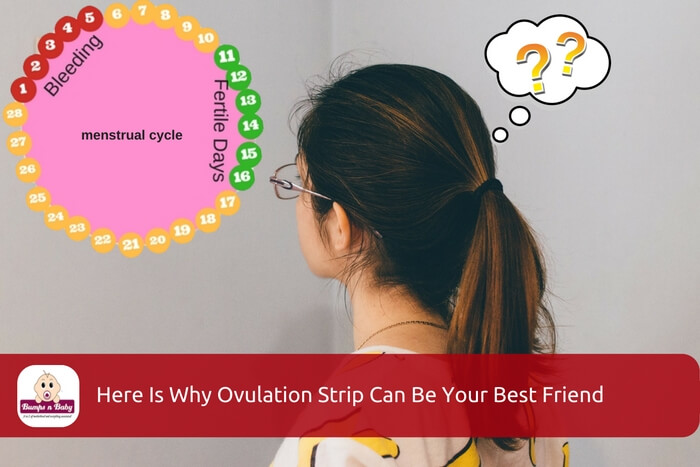 When a friend of mine recently got married, the couple was eager to have a baby as early as possible. However over the telephonic conversation with her, I got to know that there are couples who do not know much about the best days of the month during which the chances of conceiving are higher than the other days.

It had been sad to hear her anguished and heartbroken each passing month as her menstrual cycle continued.

An unsuccessful attempt to becoming pregnant doesn’t necessarily mean that any one among the couple is infertile; it is also possible that they must be unaware about the right time to try.

Today, this has become a common situation due to urban lifestyle powered with lack of awareness about pregnancy and sexuality.

How do I know when I’m ovulating?

Our body gives us signs which we need to observe and understand. Ovulation can be determined with observation of changes in cervical mucus, ovulation pain, BBT i:e body basal temperature. Chances of getting pregnant become higher when a woman is aware of changes that take place and indicate Ovulation.

An unfertilized egg remains alive in the female reproductive system for up to two days after ovulation. These changes also help to determine infertile days and thus it becomes easy to differentiate and plan wisely.

Days you are most likely to conceive:

The days a female body is most likely to get pregnant are a few days prior, during and post ovulation. That means for a 28 day menstrual cycle, 11th to 16th days are the best days to have unprotected sexual intercourse or to get pregnant.

Days you are least likely to conceive:

A female body is least likely to conceive are the days of menstrual period (bleeding). This is the period when egg/ovum is neither present in fallopian tubes nor in the uterus.

Why ovulation strip is best, easy and convenient?

In the century we are living, urban, posh and high-style lifestyle bound; unnatural things have taken a toll over natural living. There are more buildings than trees, more pollution than fresh air, more junk food than healthy fruits and vegetables and so on.

Ovulation occurs just once in each monthly cycle. That is when the egg is released. Using the strip for testing the fertile day on daily basis or any day of the month is not right. It is important to start testing on the days a woman is most likely to conceive.

The chart provided within the kit helps you to find the number of days to be added to the recent period cycle’s first day. For example: Your calculation shows a 29 day monthly cycle and suppose your last period happened on 1st August. You simply add the number that is shown below 29 (the number is 12) and start counting from the 1st as that was your first day of menstruation. The last date obtained on counting is the day when you can start using our ovulation testing strips (12th August will be the day the testing starts).

Using these strips is easy and convenient. You can test right at the comfort of your home. There are 5 test strips provided in the Kit and a user manual. In each sachet, there is a strip and a disposable dropper which can be used only once. Sample of the urine has to be collected in a clean container.

For accurate results, collect urine sample is between 10.00 hours to 22.00 hours. Tests have shown best results for many women who collected samples between 12.00 hours and 14.00 hours. Just keep in mind to never test using first urine sample of the morning.

Drop 2-3 drops of urine in the testing window. Observe the results in 3-5 minutes but not after 10 minutes. You will soon see a line against C. Once a line against T also appears and is as dark as the C line, the result is positive. Which means that it’s a fertile day for you and you may try to conceive for up to two days from now.

Please note that the ovulation chart is to be followed every time you use the kit. The date of ovulation can be different in every month.

With my friend, I introduced her with India’s first Ovulation Kit i-know the first step to motherhood. The first ever ovulation test kit helped her determine best days to get pregnant ie ovulation days and eventually get pregnant successfully.

Now you know what it takes to increase your chances of getting pregnant? I guess yes!

Still have doubts? Don’t forget to watch this video 🙂

Rush to your nearest chemist and grab that wonder kit of yours.

Share. Twitter Facebook Google+ Pinterest LinkedIn Tumblr Email
Previous ArticleHow My Kids Discovered the Joy of Reading With Amazon Kindle
Next Article How Perfico Bath Towels can be the Perfect Gift for your Child?

Leena is a bohemian lady with creativity crawling in her skin. Her zest for love and life is infectious. An explorer looking to dive into an ocean of freelance opportunities. Call her a homemaker and a full-time Mommy to a 3 year old Miraculous Girl & a 27 year old Man :-D Her passion and tremendous vocabulary makes her fit for the role. She's the types: Who cares about what's around? Good with pyjamas and hubster's Shirts. Love to curl up on the sofa, put on the headset and let the world around fade...