You are at:Home»Recipes»Desserts & Drinks»3 Homemade Popsicle Recipes for Kids (3 Ingredients or less)

Can ice pops be healthy?

Do you prepare homemade popsicles or buy store bought popsicles for your kid?

Today I am going to share with you 3 healthy homemade popsicle recipes with just three ingredients. 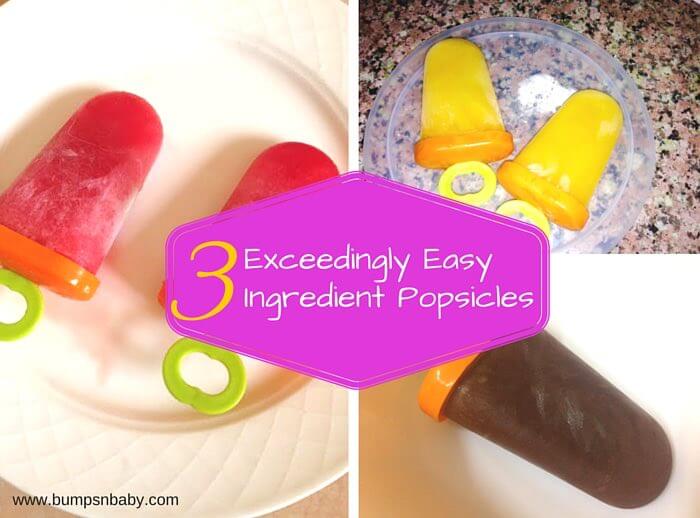 Really, I don’t know how to define it. Well, here it goes.

There are many varieties of popsicles such as

How Popsicle was born? 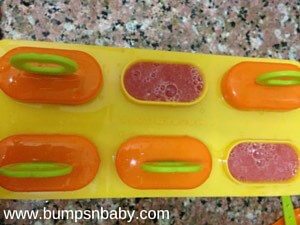 Popsicles got an amazing story. It was invented by an 11 year old boy Frank Epperson in Oakland (California).

This invention was a fortunate happenstance when one night Epperson left a cup outside in his San Francisco porch. The cup was filled with powdered soda, water and a small wooden stick that was used for stirring. The cup stayed there overnight.

Low temperatures at night caused the mixture to freeze. In the morning he found the soda mixture in frozen state. So he showed the cup under hot water and pulled out the hardened mixture using the stick as a handle.

He was surprised by his invention and he kept making them again and it became a hit in his friends circle. Once married and become a father, he started preparing these pops for his kids.

In 1923, Epperson patented his invention. Actually he had been calling the frozen treats “Eppsicles,” but his children demanded on calling them “Pop’s ‘sicles.” And so the name Popsicle was given to this ice lolly when he filed for the patent.

What are the benefits of homemade popsicles? 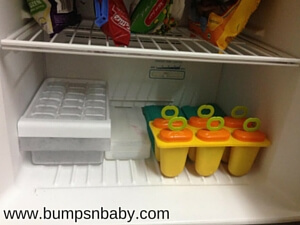 How to unmould ice pops once it is prepared?

Fill a container with water and dip the mould about 30 seconds or show the side walls of moulds under running water. Remove the mould from the water and place it on a flat surface. Grip the handles and pull it gently upward to get pops.

I am just giving you three simple homemade popsicle recipes which I made recently for my son Rithvik. Feel free to explore with your own idea to prepare this cold snack. 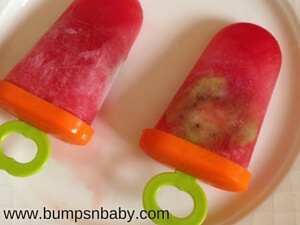 Blend watermelon chunks after removing seeds in a blender. If you want you can add sugar.

Peel kiwi fruits and cut a few round slices, one slice for each mould. Place each slice in each Popsicle mould, and then pour watermelon juice into each moulds. Place in the freezer for maximum 6 hours.

After the freezing time unmould and enjoy your real fruit popsicle recipe. 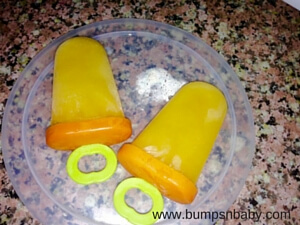 Mix well and pour the orange juice into each mould. Place in the freezer for 6 hours. After the freezing time unmould and enjoy your ice pops 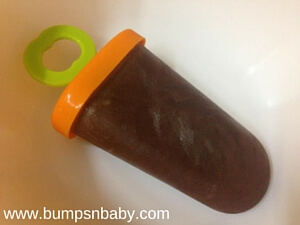 Extract coconut milk from fresh grated coconut or you can go for readymade coconut milk. Add in cocoa powder and sugar to coconut milk

Mix well and pour this into each mould. Place in the freezer for six hours. After the freezing time unmould and enjoy your ice pops

Don’t want your chocolate to be cold? Try this Homemade Hot Chocolate Recipe

You can also read my review of paddle pop ice creams.

Do you make popsicles at home? What was that one hit popsicle combination that you tried last time?

Do make these healthy homemade popsicle recipes for your kid and let me know in comments how he or she liked it.

A darling wife of Vijay Varadarajan and a lovely mom to Rithvik. A Biotechnology post graduate, Jayalekshmy quit her job the very next day she became pregnant. Realized her passion for cooking after Rithvik came into their life and now loves to experiment different cuisines. Her other interests are home interior decoration, gardening, internet surfing,a bit photography and whatsaap chatting with her loved ones.