Can you eat shrimp while pregnant? Is it safe?

Craving for shrimp fry but scared about your elders’ warning about not having shrimps during pregnancy?

Is no shrimp during pregnancy a myth?

Are there any side-effects if you indulge yourself with a prawn or shrimp recipes during your pregnancy phase? 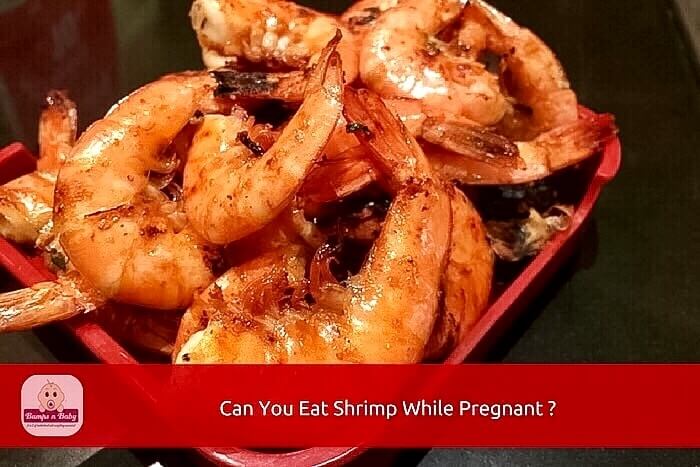 Pregnancy is the time, a mom to be thinks – Can I eat this? Is it safe for me and the baby?
To add to this, there are a lot of advises flowing from all dear ones on what to eat and what not to during the pregnancy phase.

Shrimp, also known as jheenga, iral, chemmeen is craved by a lot many pregnant women.

So is it safe to eat shrimp during the pregnancy phase? If yes, how much, in which all ways?

Contents hide
1 What do you think of when you first hear the term shrimp?
2 Difference between prawns and shrimps
3 Nutritional benefits of shrimp
4 Restriction on shrimp during pregnancy
4.1 Harmful effects of mercury during pregnancy:
5 Can you eat shrimp while pregnant?
5.1 Cooking shrimp the proper way
5.1.1 Answers to a few pertinent doubts
5.2 Is it ok to eat fish while pregnant?

What do you think of when you first hear the term shrimp?

For me, it brings back memories of the dry shrimp chutney, amma made at home combining some shrimp, tamarind and coconut.
During my school days, the aroma that fills inside my class room each time my classmate opens her tiffin box of red shrimp roasted with rice.
Post marriage, it was the ‘Konchu theeyal’, which is my mother in law’s specialty, that became my favourite.

Difference between prawns and shrimps

Did you know that shrimps and prawns are different?

Prawns belong to the fresh water family known as palaemonidae whereas shrimps belong to the marine family penaediae. In Kerala, both these varieties are widely savoured in the form of curries, stir fries, chutneys and dry roasts. We also share the love by exporting it.

Now let us look at how beneficial shrimp is for our body.

According to health experts, eating shrimp and other sea foods in moderation can prevent premature delivery.

Restriction on shrimp during pregnancy

If shrimp is so rich in nutrients, why is there a restriction on consuming it while you are pregnant?
I am sure you know the reason.

If you don’t, I will tell you – the presence of mercury. Also some pregnant women get loose motions after consuming shrimp or prawns.

Harmful effects of mercury during pregnancy:

1. Causes memory impairment in children
2. Affects the development of nervous system of babies
3. Death, if taken in larger quantities as the human body is unable to dispose mercury
4. Causes still birth
5. Causes birth defects in newborns
6. Results in learning delays in kids

Can you eat shrimp while pregnant?

Now for the answer you had been waiting for….

So, can you eat shrimp while pregnant?

If you are craving for some shrimp and want to indulge your tummy with some shrimp dishes, then by all means go for it!

Let me tell you why.

Shrimp has very low mercury levels which gets removed by proper cooking – hence its completely fine to eat shrimp when pregnant.

Loose motions and vomiting right after consumption of shrimp could be attributed to the poor deveining or cleaning of the shrimp before cooking.

Hence what you need to be careful is that shrimp to be cleaned and cooked well before use.

You can also read more about the 10 foods to be avoided during pregnancy.

Now let us look at how shrimp needs to be cooked. I am not sharing any recipes here. Just telling you how to cook it.

Let us start with the basics, i.e. frozen vs. fresh.

If you are using frozen shrimps, then thaw it completely.

If it is fresh shrimps or prawns, then you have to devein it. Or in other words, you have to remove the intestinal tract that runs along the back. After that, wash it well with salt and water.

You can use vinegar too or a mixture of salt and lukewarm water will also help. Once this step is done, you can steam, fry, boil or roast it the way you like it.

Now here are the other doubts you would have as a mom to be who wishes to indulge in shrimp dishes.

Answers to a few pertinent doubts

#1. How would you know if the shrimp is cooked?

Shrimp should never be eaten raw due to the presence of worms, parasites and bacteria like listeria which could cause miscarriage.
If the shrimp is cooked properly to a temperature of 74 degrees, these above bacteria and parasites cannot exist.

#3. How much of shrimp can I have during pregnancy?

340 gms intake of shrimp is completely fine during the pregnancy phase. That’s 1 to 2 meals containing shrimp as a side dish in a week.

#4. Can you eat sushi and sashimi?

You should try to avoid sushi, sashimi or any dishes made of raw shrimp.

#5. What if I am ordering seafood from outside?

Make sure you order fried, boiled or roasted shrimp rather than going for cold seafood salads.

#7. Can you have uncooked frozen cold salads containing shrimp?

Again no, as it is shrimp in uncooked form.

#8. Can you have smoked shrimp dishes?

Yes, but make sure the shrimp is smoked and then cooked along with any other ingredients.

#9. What are the recipes that you can use shrimp in?

Shrimp theeyal, curry, dry roast, stir fries, chutneys are some of the ways you can indulge in shrimp.

Is it ok to eat fish while pregnant?

While shrimps and prawns get a bad rap, most fish are considered harmless and is eaten by pregnant woman. But, what we need to remember is that – larger the fish, higher the mercury content.
Sword fish, tile fish, shark and king mackeral all these predator fishes belong to the high mercury level seafoods. Hence, these should be avoided by a pregnant woman.

But that doesn’t mean you can’t eat any. There are fishes that have amazing benefits and can be eaten during pregnancy.

Salmon, pollock, catfish, sardines, anchovies, trout all are low mercury sea foods. Hence you can include these fishes in your diet, if you are pregnant.

Now that we have cleared the air about shrimps, find out if you can consume papaya during pregnancy.

In short, the answer to the question – “Can you eat shrimp while pregnant” is YES, if you follow the precautions mentioned in the post.

I hope this post on shrimp during pregnancy was informative to you.

Were you restricted from having shrimp delicacies while you were expecting? Or did you consume it while pregnant?

Which is the shrimp dish that you love the most?

Let me know in comments.

Share. Twitter Facebook Google+ Pinterest LinkedIn Tumblr Email
Previous ArticleHow to Make Turmeric Milk for Cold in Kids, Haldi Doodh Recipe for Toddlers
Next Article Why Good Knight Fabric Roll On is a Must Have Before I Step out with my Daughter?