You are at:Home»Mom»Parenting»Why Grandparents Deserve the Title Heroes?

Today is World Grandparents Day and my article here is dedicated to mine as well as all the grandparents in the world!

Vacation time! What comes to your mind?

I bet most you must be thinking of those trips to your grandparents’ place. It meant two months of unlimited playtime. Your grandparents ensured you were spoilt silly and treated like a little king or queen. I’m sure everybody would have a smile crossing their lips when they think of the time they have spent with their grandparents. 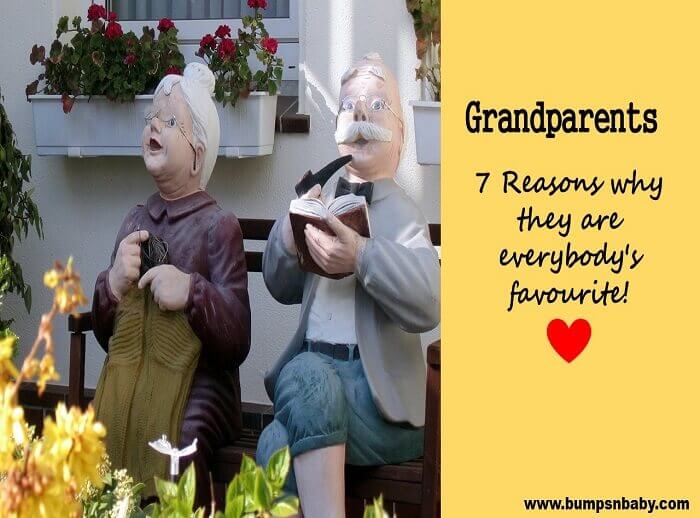 As a kid, I loved to talk (not that much changed as I grew up). My favourite childhood memory is of me following my grandfather around regaling him with my tales. He always listened patiently even if he was busy and always asked questions in between. The day he left us, I was heartbroken and inconsolable, as now the only way my child would know about him would be through my stories.

What and when is grandparents’ day?

But 5 years later, the United States Congress proclaimed the first Sunday after Labour Day as National Grandparents Day. The month of September was chosen to signify the “autumn years” of life. But some countries celebrate it in different months.

Despite the day and date it is followed around the world, the motive behind it is the same- to honour our grandparents and to recognise the part they play in the lives of their grandkids and the family as a whole.

This grandparents’ day let us look at why they rule hearts of their grandkids.

When it came to complaints against your parents, they were your allies. Gross injustice by parents like not letting you play for how much ever time you like, forcing you to eat food ( read vegetables) you don’t like etc, are some of the common complaints that are taken up to them. I did it, and now my little one does it too!

Most parents seem to complain that their once disciplinarian parents have softened up on the arrival of their grand kids. Why? Because they always rule in our favor.

In a time when Ipads, kindle and television hadn’t taken over childhood, they entertained us with their never ending supply of stories. Even now they give tough competition to the gadgets with songs and stories. It is not just the make belief stuff; they have real stories about incidents that you have just read in the book, like the struggle for independence.

#3. A lot fun and forgotten games

For them a round of video games is not the way a child should play. So they have games that will entice you to play outdoors. A few examples are the gilli danda, hopscotch etc.

Have you ever played with a ball made of coconut leaf? Or used a ring or necklace made of leaves in your make believe play? Surely you have made a pair of scales with coconut shells, stick & thread.

Grandparents are expert toy makers too!

Our moms end up losing the title of – World’s best chef to our grandmas. One of the reasons why I loved and love going to see my grandma was because of her legendary cooking skills. She had the skill to turn even the most boring vegetable into something delicious.

Most moms are seen complaining, “How come he/she is eating this (insert kid’s most hated item) now?”

You agree don’t you?

There is no one who will treat your children the way they do. They will love and care for them and will give you tough competition. And kids love them too because they are like their parents but way cooler.

No matter what your state is when you reach your grandparents house, you will leave with your heart, stomach and pocket full. As kids, money was never a pull, but in those adolescent years where you are disinterested in everything, this is definitely a pull.

#7. You are the apple of their eye

No matter how old you are, you remain their favorite.

Now the trips to our grandparents’ would have become far less than what it used to be. But remember for them, you are their world. So even if you can’t travel, pick up that phone and make call and check in on them so that you light up their day, like they did years ago.

Do you have any special memories with your grandparents? Please do share with us in comments!