You are at:Home»Kids»Nutrition»13 Vitamin D Rich Foods for Kids and Adults

Are there any sources of Vitamin D other than the sun?  What are some Vitamin D rich foods?

Can we get enough Vitamin D through a balanced diet? 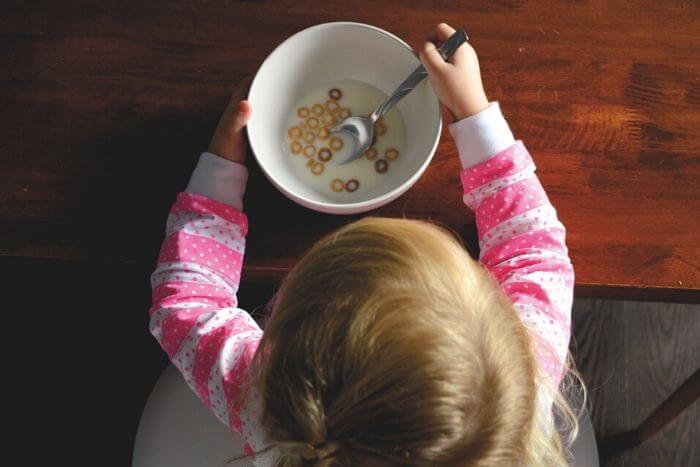 Do your kids complain about muscle pain or leg pain without any other symptoms? Sometimes we grown-ups too feel muscle pain or body ache for no known reason. Have you ever thought about why does it happen? These signs of fatigue and body pain might be the signs of vitamin D deficiency.

Vitamin D is the only nutrient that is produced in our body from cholesterol when the skin is exposed to the UV rays of sunlight. That is also the reason why vitamin D is called the ‘sunshine vitamin’.

According to the studies, about 70-90 percent of the people are deficient in vitamin D. The reason is lower exposure to sunlight or wearing sunscreen outside. Also, with the lockdowns imposed due to the Coronavirus, people are spending more and more time indoors leading to an increased risk of Vitamin D deficiency, especially in children.

Read: Vitamin D for Babies – Is Your Little One Getting Enough?

While getting a good amount of sunshine is the most natural way of maintaining healthy vitamin D levels, the other options are to take vitamin D rich foods or go for a vitamin D supplement.

Why do we need vitamin D?

Vitamin D is linked with many vital processes of our body.

How much Vitamin D do we Need?

It is very essential to take vitamin D rich food to fulfill the body’s requirement of vitamin D. Here in this article, we shall discuss some of the foods rich in Vitamin D.

Food sources of vitamin D can be put under two groups – natural source and fortified food. 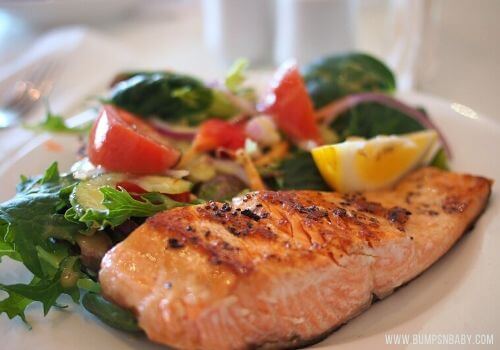 Swordfish is another rich source of vitamin D. It provides about 566 IU per serving. It is also recommended to avoid consumption of large swordfish as they might have higher levels of mercury contamination than the smaller fish.

Herring is another small fish, considered better than other omega-3 rich fish because of lower mercury levels. It is generally consumed smoked, pickled, or even raw. 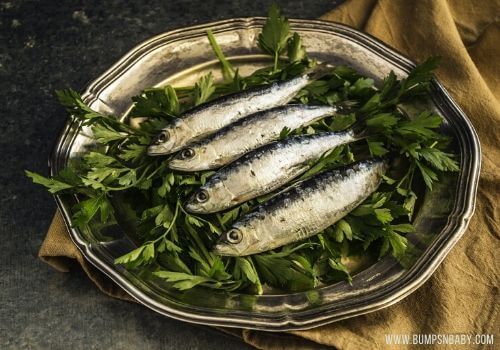 Sardines, which can also be purchased in canned form, offer 46 IU of vitamin D which makes about 12% of the recommended daily intake. These are also great as a salad or pasta topping. 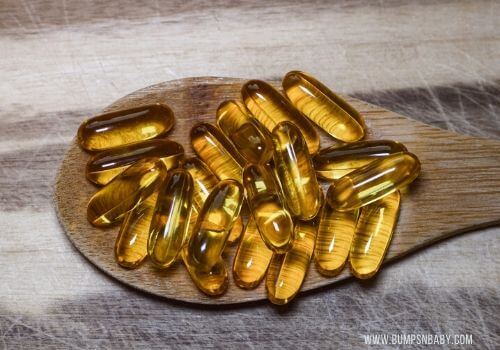 Cod liver oil is a very popular vitamin D and vitamin A supplement. If you don’t like fish, cod liver oil proves to be the best source of some of the otherwise unavailable nutrients.

It is rich in vitamin D providing about 448 IU per 4.9 ml, which is a huge 56% of the daily value of vitamin D. Hence it is a great source of vitamin D, vitamin A with the benefits of omega-3 rich fatty acids.

This affordable vitamin D packed fish is mostly enjoyed for its flavor and easy storage.

Tuna is also an excellent source of niacin and vitamin K.

Although the canned tuna might be contaminated with mercury, it’s considered safe to eat up to 170 grams of tuna fish per week. 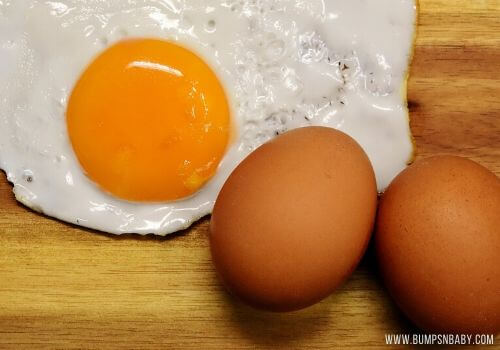 For people who don’t eat fish, eggs are an excellent source of vitamin D. While egg white is rich in proteins, egg yolk is a good source of fats, vitamins, and minerals.

Though vitamin D content of an egg yolk depends on few factors like exposure to sunlight and the nutrients in chicken feed, an egg yolk contains about 37 IU of vitamin D (5% of the DV).

In addition to vitamin D, egg yolk is also rich in minerals like zinc and selenium which have a significant role in boosting the immune system. 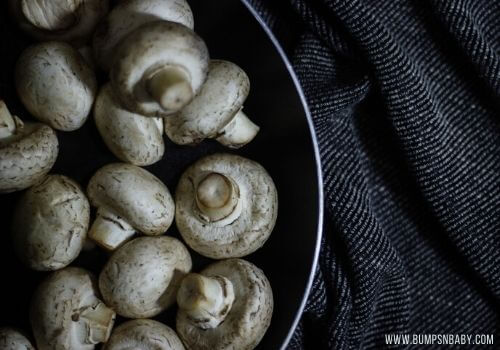 For vegetarians, excluding fortified food, some types of mushrooms are the only natural plant-based source of vitamin D (vitamin D2). Interestingly, mushrooms also have the ability to make vitamin D when exposed to UV rays.

If the mushrooms are deprived of the sunlight, vitamin D content in them reduces significantly. However, if treated with UV light, the mushrooms can provide 130–450 IU of vitamin D2 per 100 grams.

White button mushrooms and portabella mushrooms are some of the varieties you can include in your diet for getting Vitamin D.

Natural sources of vitamin D only includes seafood, egg yolk, and some of the mushrooms. As it is difficult to meet vitamin D requirements for vegetarian people, some foods are fortified with vitamin D. Manufacturers add extra vitamins and minerals to this fortified food. 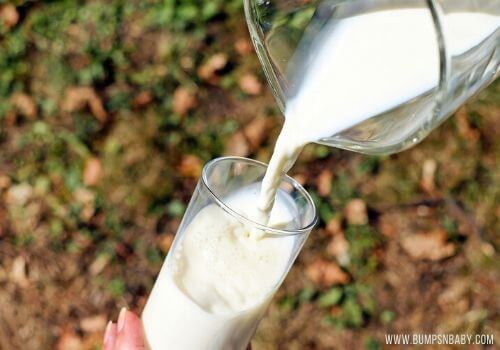 Read: Milk for Toddlers and Kids in 8 Unique Flavors 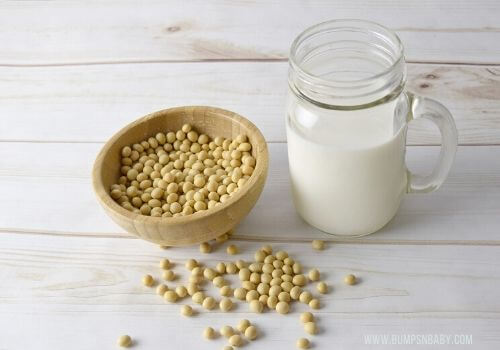 Soy milk is vegan-friendly milk which is also usually fortified with vitamin D. It is also a great source of calcium. The fortified soy milk provides about 55 IU of vitamin D per 100 ml.

It’s great to start a day with fortified orange juice. A cup of it provides up to  137 IU of vitamin D. It is recommended to avoid taking it if you have health conditions such as diabetes.

Healthy for our gut, fortified yogurt can go with any kind of diet. It is a good probiotic which adds about 10 to 20 percent of DV of vitamin D. 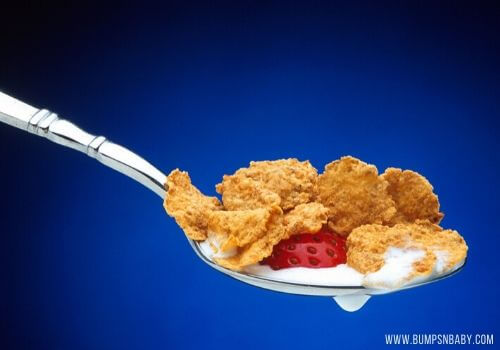 Fortified cereals provide as good as 40 IU of vitamin D. In addition to vitamin D, the cereals are also rich in fiber content.

Getting some sunshine and adding these vitamin D rich foods in your diet will definitely help to meet the daily needs of vitamin D.

I hope this article answers your queries regarding the vitamin D rich diet. Share your valuable thoughts and feedback. Also, keep sharing how my writings are helping you to make your life easier.Till then,

“Let the sun shine on your body and soul.