You are at:Home»Baby»Baby Care»Swine Flu – How to Avoid the Infection in You and Your Baby

How is swine flu transmitted?

Is my family at risk?

Is there any reliable swine flu treatment available? 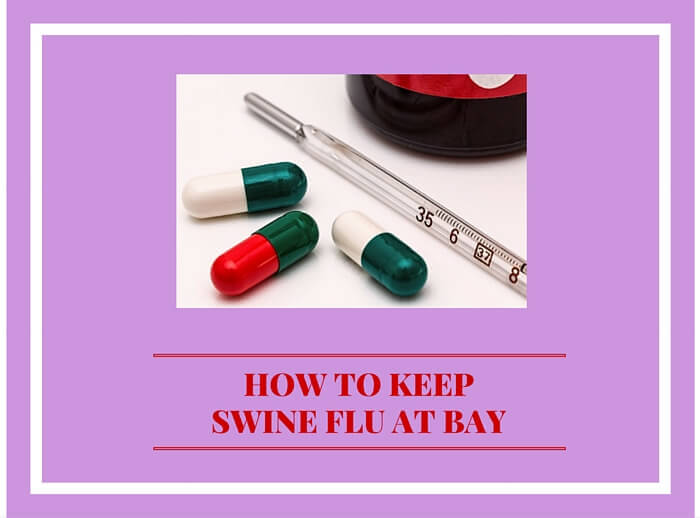 Influenza caused by different strains of virus is a cause of concern for most of us. Of that swine flu is a very well known name now days due to frequent outbreaks.

Swine flu is the influenza or flu caused by a new strain of influenza virus A. Many don’t know that swine flu has been around for long. Let us make ourselves aware of the disease.

This article will update you with all about swine flu- its history, causes, modes of transmission, symptoms, precautions, preventive measures, treatment so that you can contribute your role to reduce swine flu epidemic.

Earlier in 1976, there was an outbreak of swine flu at Fort Dix, which was due to a different strain of influenza virus. There was one death reported due to swine flu at that time. This was the genesis of the swine flu.

Then again there was a sudden endemic of swine flu H1N1 strain in Mexico in 2009 causing a few deaths. Few cases were also reported in U.S. This caused much fear in whole world.

And, now it is back in action again with all new strain H1N1A causing the 2014 swine flu epidemic. Till March 2015, about 32,000 people were reported to be infected with swine flu and approximately 1,900 deaths have occurred due to the infection.

The largest number of people affected by this disease was from the northern part of India including states like Delhi, MP, Rajasthan and Gujarat.

Swine flu is an infection caused by different strains of influenza virus. For example, the present outbreak of the disease is due to the virus known as influenza A or H1N1 pdm09.

This virus normally affects pigs and not humans. But infection in humans especially to the veterinarians and hog farmers is possible.

Swine flu spreads from person to person by different modes.

Mind you – It does not spread through eating pork!

H1N1 flu symptoms are observed generally after one to three days after the entry of virus in the body.

Following are the symptoms of swine flu

You can also read about stomach flu in babies.

If you find any symptoms of flu in you or your baby, it is better to get diagnosed and start the treatment at the earliest.

It is also possible to diagnose the disease by testing of nasal/ throat secretions e.g. sputum.

Are you at high risk of getting infected?

Since we are discussing the occurrence of the disease in children, it is very important to know the risk factors associated with the infection so as to prevent it.

Following is the demographic at higher risk of being infected by swine flu.

If you or your child are at high-risk zone of swine flu and show the symptoms of the disease, you need to take few of the following precautions and preventive measures.

You can help prevent the spread of the disease by taking following precautions.

If you develop signs of any types of flu, you should take following preventive measures to prevent worsening of the condition.

The vaccination is considered as best preventive measures. It is the only medical advice for the people with high risk of getting infected.

There is an injectable trivalent vaccine for swine flu available and approved for adults aged 18 and above.

For babies and children of 6 months and above, annual flu vaccine is found most effective to combat the seasonal flu like swine flu. It is mostly available in form of nasal spray.

Get the complete vaccination schedule followed in India by clicking here.

Treatment is generally by ingesting medicines in both adults and children. For children, mostly, doctors advise the safe and low dose medication with the same compounds in drugs as in adults.

Drugs like paracetamol are prescribed to reduce fever and pains. Other general medicines suggested in swine flu are antiviral drugs, antibiotics (to combat few bacterial infections which may increase the complications)

It is necessary to consult your doctor if you develop any symptoms. Start any medication only after a qualified doctor’s prescription and advice.

Note: Self-medication may be harmful and may worsen the situation causing adverse effects. Hence always consult a doctor before starting any medication.

Hope the article is helpful in preventing the spread of swine flu and helps you n your family especially your babies/ toddlers to keep the infection at bay.

It is best to take all the precautions to prevent getting infected by the disease since prevention is always better than cure.

Did you take the flu vaccine for your kid?

Share the information with near and dear ones to reduce the swine flu pandemic globally.