You are at:Home»Kids»Activities»Indian Flag DIY with your Toddler this Independence Day

Have you been waiting to introduce the Independence day to your pre-schooler? You sure would want to get your munchkin involved to make her a part of festive spirit!

Independence Day is just around the corner. It’s that time of the year when the country is going to be painted in tri-color everywhere. All of us buy our national flag every year just to let our kids know what Independence Day is. Although my daughter is too small to know the significance, she holds the tri-color high and has learnt to salute recently 🙂

This year, I decided to make our National flag at home. I know this is something which is readily available literally in every street. But I chose to make it for the time I get to spend with my little one simultaneously to get her acquainted with the tri-colors up and close in the form of art and craft. 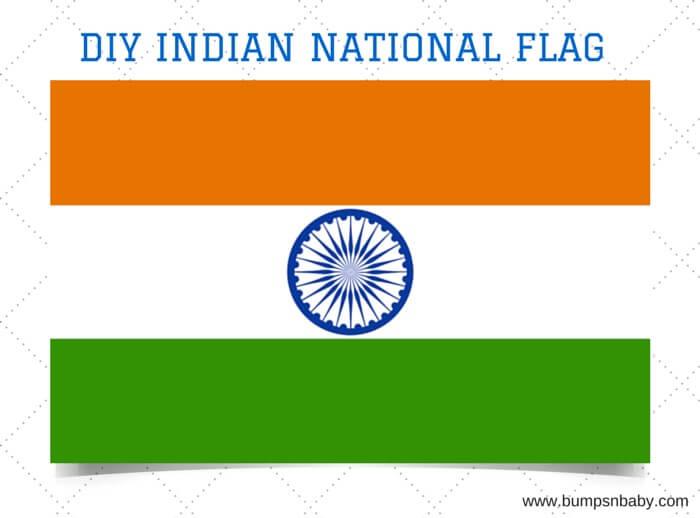 National flag is an identity of our nation, symbol of unity, honor and freedom.

In the Indian national flag, the top band is saffron colour, representing the strength and courage of the country. The middle band is white representing peace and truth. The last band is green representing prosperity, growth and auspiciousness of our land.

The Asokha chakra in the middle band is navy blue and it represents the righteousness and progress. It has 24 spokes that represent 24 hours in a day.

The design of the National Flag of India was adopted by India’s constituent assembly on 22nd july, 1947. The Indian National Flag represents the hopes and aspirations of the people of India and is the symbol of our national pride.

Flag Code of India governs the usage of the Indian National Flag.

My DIY was with my toddler playing the role of the assistant. Trust me , it was a great activity. She absolutely loved the process of making the flag.

Step 1: Cut equal strips of the orange, green and white sheets and paste it as shown on the invitation cardpaper. Ensure that you choose the card paper size as per the card paper shown below. 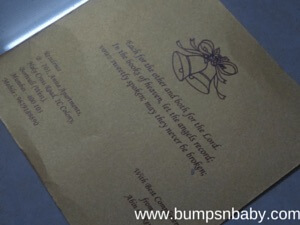 As per the Flag code of India, the Indian flag has a ratio of two by three that is  length of the flag is 1.5 times that of the width.

Step 2: Carefully draw the Ashoka Chakra. 24 spokes is what our ashoka chakra comprises of. 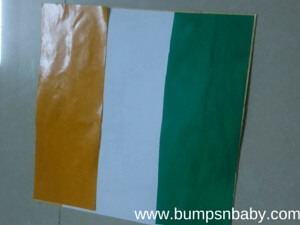 Step 3: Stick the icecream sticks as shown to hold on the flag. The final outcome is our very own national flag. 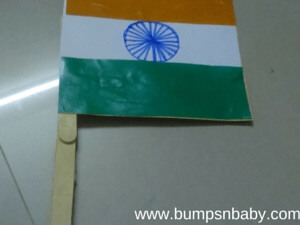 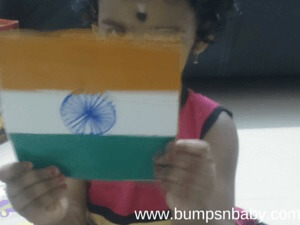 Easily available materials and a simple 3 step process! My little one had a great time doing this with me. She is all geared up to hold the National flag on 15th august and salute!

It can’t get simpler 🙂

Hope you have a great time making the national flag with your little one and explaining them the facts about the flag of India, the colors of the flag and the significance.

Have you already told your kid about Independence Day? Go ahead with this Indian flag DIY, it’s the right time as 15th August is heading ahead.

A software engineer by profession, Saumya is mother to 16 months old Tishya. Juggling between work and motherhood, she is an occasional blogger too. A malayali by birth, Mumbaikar by heart and a Punekar now for the last 4 years!!! She loves her ‘me time’ with her daughter and believes in celebrating every moment of life. Celebrate life is her mantra. Currently she is celebrating motherhood.