You are at:Home»General»Drew Barrymore’s Daughter Olive 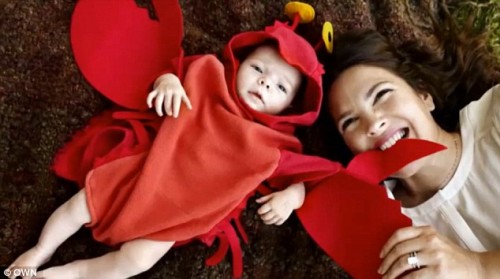 Have you seen the movie ET ? We never miss to watch this movie when it comes on TV. Apart from ET and the boy , there is one character which is very much dear to us, the chubby girl who is always seen with dolls (boy’s sister) , with two cutie braids and who says “ET I love you ” Ohh that chubby girl has grown up to be the Hollywood Star Drew Barrymore. In this week’s celebrity babies , we feature Drew Barrymore’s first child ‘Oliver’. 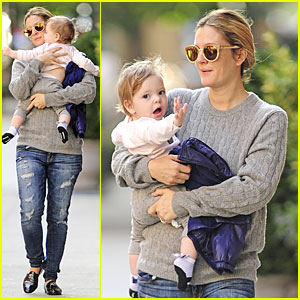 Oliver was born on Sep 26th 2012 and now Drew is expecting their second child. Recently Drew has joined a dog rescue and adopted one for her daughter Olive. She says her dogs are so protective of Olive !!

Drew says Olive is very intelligent as she points to her belly and says “Baby! “. Cuute must say!!

Lets wish Olive , Drew and her family loads of love , happiness , health and good fortunes ahead.