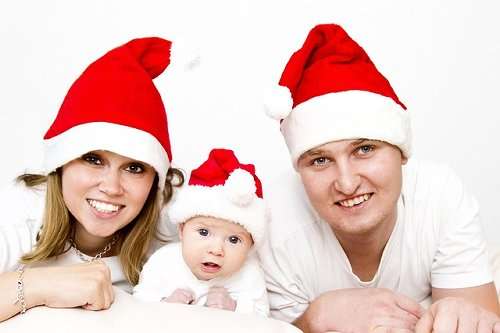 In this post we bring to you the best Christmas movies for kids you can watch as a family together enjoying the Xmas spirit!

Being a Roman Catholic, I have always adored the Christmas Season. Come December, winter lands, the Holy month of Advent begins!

We kick start cleaning our house, gearing-up for Christmas carols, shopping for the decor, and putting up the Christmas Tree. Preparing goodies including plum cakes, rice cakes, angel wings, sweet balls, rum cookies, buying the confectioneries, collecting hay and mud for the crib, arranging our new outfits for the midnight mass (shopping for clothes is my favorite part).. Oh I am already excited!!!

10 Best Christmas Movies for Kids You Can Recommend:

As children, we were not much into the Christmas preparation but yes we were very much a part of the parties at home which mainly included a family gathering, a big time delicious lunch and dinner accompanied by my aunt’s exotic red wine. While the elders had their talks and discussions, we kids were glued to the beautiful Christmas themed movies mainly aired on Star Movies.

All nostalgic now that I am, as I list down movies for this merry season which I am sure our kids would love to sit back and enjoy during their holidays.

Home alone is one of my favorite Christmas movies for kids.

This is a story about a young 8 year old boy named Kevin, who is by mistake left out of the family holiday trip to Paris. Eventually Kevin accepts the fact and also makes-up his mind to protect his house when he hears about the burglars who are on a mission to rob almost every house in his neighborhood.

In short Home alone is a wonderful thrilling movie for children.

Suitable for kids aged 7 and above.

Who wouldn’t love a magical train which straight heads to the North Pole, Santa’s native?

The Polar express movie portrays a young boy who embarks his journey on a Christmas Eve in a magical train called Polar Express. He encounters a lot of exciting adventures which changes him from a doubting lad to a believer.

Suitable for kids aged 6 and above.

The Santa Claus is about a father and son who are together spending time on the night of Christmas Eve, when they get disturbed with a loud noise.

Assuming it for some break-in, the father gets physical with the man on the roof top which causes him to fall off. Later they discover his identity and the little one convinces his daddy to finish Santa’s work. A beautiful adventurous movie and one of my favorites too.

Suitable for kids Aged 5 and above.

The movie Merry Madagascar unfolds with the group trying to escape Madagascar in a hot air Balloon.

On the way they discover Santa Claus whom they had earlier mistaken for Red Night Goblin and how their shot has left him with amnesia. Now it is on Alex, Marty, Gloria, Melvin and the penguins to keep up Christmas.

Suitable for kids aged 2 and above.

#5. Winnie the Pooh and Christmas Too:

Pooh was one of my favourite characters. I have a big Pooh soft toy which I adored in my kiddie days J

Anyway back to the story, this little movie talks about how Christopher Robin writes a letter to Santa asking for gifts for his friends. It also shows how at the end they realize that Christmas is not only about receiving gifts and eating cakes but it has a lot more depth and meaning.

Suitable for kids ages 2 and above.

Master Shifu appoints Po as the host of Annual Winter Feast at the Jade Palace, where all the Kung Fu masters of the country gather. This is an important feast where every little thing needs to be done meticulously.

Po puts in all his hard work to meet everybody’s expectation and how his love for his family comes on top of everything else in this world.

Suitable for kids aged 4 and above.

A beautiful movie about an insensitive miser who changes for good after his dead business partner’s ghost visits him. The ghost shows him about the past, present and future.

A typical Christmas movie with all the Christmas elements wrapped in one sitting.

Suitable for kids aged 6 and above.

This is a story about a reindeer with a red nose who when mocked upon by his peers in school runs away. He ends up meeting Santa who asks Rudolph to join him. Then Stormella threatens Santa to knock-him down of his business and it is then Rudolph hears his real-calling.

Suitable for kids Aged 3 and above.

Arthur Christmas is a typical Christmas movie which revolves around Arthur who is Santa’s son. It depicts the adventures he bumps into as he delivers a present to a little girl which was earlier misplaced. Even a single error in Santa’s book is unacceptable 🙂

An adventurous story of the Santa Claus family.

Suitable for kids aged 5 and above.

A beautiful, magical, adventurous flick about a brother and sister based in the city of New York. They both set out on an adventure where nothing goes as per their plans.  But as we know Christmas can never let anyone down especially children, that is the twist which takes place.

Suitable for kids aged 5 and above.

Please share your favorite and best Christmas movies too!! Wishing everyone warm greetings of this blessed season 🙂

If you want to stay updated on many more articles like these, please subscribe to the newsletters of Bumps n Baby.